Did you know that yeast overgrowth is a common, but yet often undiagnosed problem? You might also care to learn then that yeast infections can be passed backwards and forth, between partners, during unprotected sexual intercourse, creating an endless cycle of infection.

Did you know that yeast overgrowth is a very common, but yet often undiagnosed problem? You might also care to learn then that yeast infections can be passed backwards and forth between partners during unprotected sexual intercourse, creating an endless cycle of infection. If the thought of passing thrush between you and your partner does not cause alarm, perhaps new scientific research into yeast, suggesting that it can cause much more damage than originally thought, may lead you to stop and consider your diet and perhaps consider a trial Yeast diet, removing certain foods from your daily intake. Candida (a yeast and fungal infection) is not something that can be shrugged off as unimportant. It can lead to very serious complications and in some rare cases cases, even death. Certain foods are said to be a trigger for Candida infestations and therefore should be avoided. Here are the 10 foods to avoid if you have fungal & yeast problems.

Your gut has a system to balance bacteria. This system is called the gut flora. The gut flora is responsible for the natural harmony of your insides, creating harmony between good and bad bacteria. Candida loves sugar! Jams, honey, chocolate and sweets should all be avoided to starve Candida of the high sugar content which attracts the breeding cells in your gut, causing an influx of sugar munching gut flora that will multiply uncontrollably. Implementing a sugar removal from your diet may lead to sugar cravings as the gut flora eat the remaining sugar in your gut, and then starve off due to the lack of sugar available.

There is a myth that bread is a form of yeast and therefore you must avoid feeding one form of yeast (Candida) with another. Dispelling the myth is the fact that bread is baked at extremely high temperatures, killing off any living yeast that were there initially, rendering the bread sterile! This does not mean that bread is safe to eat on a Candida diet however. Breads and cakes are made of flour which, when broken down, produces sugar, which we want to avoid the production of inside our gut. Any foods made with flour should be avoided in the Candida diet. Beverages Such As Juices & Fizzy Drinks

When initiating a Candida diet, many people do not understand that they need to expand their thinking. It is not simply the food we eat that has an effect on our gut and the actions within it, but it is everything that we consume. This includes beverages. Fizzy drinks, fruit juices and sugary liquids should be avoided at all costs as they undoubtedly contain a huge amount of sugar that will simply feed and initiate a breed of gut flora who likes sugar. Alcohol and coffee should also be included in your complete detoxification.

Milk, cheese, yoghurt and buttermilk are all dairy products. Candida is thought to prevent the body from digesting fat efficiently and therefore dairy products are said to be consumed in strict moderation, if you feel you cannot remove them completely. The exception to this rule is to introduce healthy probiotic agencies into your diet in the form of yoghurt or other dairy produce containing acidophilus and other active cultures.

When you first begin your diet, eliminating all types of fruit is generally the best idea as all fruit contains an amount of fructose. However, dried fruit has such a high concentration of sugar added that you must not consume any of this. This is included in breakfast cereals and granola bars and should be omitted from your diet. When you gain control of your Candida infection, fruit with a low fructose level can be re-introduced to your body. These include: apples, strawberries, melon and grapefruit.

Not all nuts are to be avoided on this diet. Cashews and pistachios are however, on the list of those to be avoided. They contain a high carbohydrate level and therefore may encourage a Candida overgrowth. Peanuts are said to be susceptible to mold due to the oily residue, along with sliced or broken nuts that may harbor a mold infestation which cannot be seen by the naked eye and therefore must be eliminated from the diet.

Foods to consider avoiding are bacon, ham, salami, hot dogs, corned beef and sausage. These are said to have infusions of sugar within, which will attract a Candida infestation. Myths surrounding meats suggest that foods or antibiotics fed to the animals can get into the meat you are about to eat. However, the percentage of the animal that you are eating leaves it highly unlikely that this would have any disastrous effects on you. The processing involved in producing the meat is the deciding factor of whether you should eat it or avoid it.

Pasta consists of flour and water. As we know, flour, when broken down, produces sugar and should be avoided at all costs. Under this range you must include spaghetti, farina, semolina, instant noodles and white flour noodles. It also scores high on the Glycemic Index and therefore must be eliminated from your diet.

There is a vast amount of argument about whether eating mushrooms is suitable during a Candida diet. Some suggest that a mushroom is simply fungus which you should not then use to treat another fungal infection with. Others seem to suggest that mushrooms are actually very beneficial to you and to the Candida infection. Mushrooms certainly tend to be a grey area in this matter and therefore, perhaps avoided for 3 weeks and introduced moderately later.

There is a vast debate over potato skins and whether you should consume them whilst on a Candida diet. Scientifically, it is probably best to stick to the facts in this area. Potatoes score high on the Glycemic Index. This is because the body digests potatoes very quickly, ensuring a sugar production, in turn feeding the Candida infestation. Foods in the ‘highly processed’ category should also be avoided at all costs. These include: French fries, potato wedges and croquettes. The only exception regarding potatoes is sweet potatoes. There appears to be a debate as to whether consumption of these foods is acceptable. You may wish to just eliminate all grey areas such as this, or simply indulge in sparse portions of sweet potatoes during your Candida diet.

You will find many myths and facts on your search for the true Candida diet. Perhaps it is best to stick to key facts. Any foods which contain sugar or sugar producing properties should be omitted. A five day plan is enough to test your tolerance to these foods by omitting them from your diet, and then reintroducing them to judge the effects. Whilst it is true, that a doctor’s advice should always be sought if in doubt, medicine and knowledge of fungal and yeast problems are sparse. Testing is often expensive and thought unnecessary by many doctors, whilst others are happy to hand out antibiotics, which can cause further discomfort. It is certainly true, that your body can only benefit from a planned detoxification, to assist the natural order of functions resume from within.

10 Signs That You May Have A Parasite & How To Get Rid Of It!

8 Tips to Get Whiter Teeth 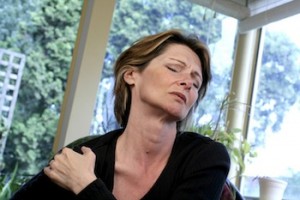 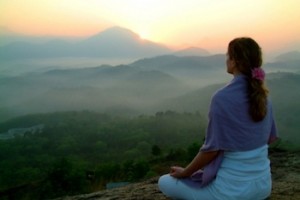 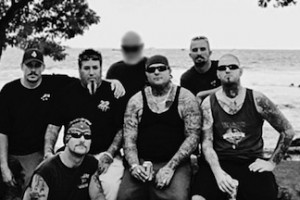