This applies whether you are just starting out or are an athlete at the top of their profession. It is only human nature to want to avoid training at times, or to ease up a little, but it is at times like these when we have to trick our minds into believing that we can do it, whatever the circumstances.

There are many types of techniques that people use as an aide to their training regime. Some find music helpful, and a certain song may help them to jump out of bed and into their running shoes. For others, a relaxing and peaceful meditation may put them in the right frame of mind to train harder.

One increasingly popular method, however, is the use of motivational quotes. These not only inspire, but often give us a whole philosophy to live and train by. At the very least though, they can help to put you in the right frame of mind to get the most out of your training schedule. Here are ten top motivational quotes which will help you with your training regime:

Often, getting started in training is the most difficult thing to do. This applies whether it is the first time ever that you are about to start training, or it may simply be for that day. There is no doubt though, that you can’t simply think yourself fit; it takes action on your part. A lot of people become inspired to get fit or train for an event, possibly having seen something on TV or read an article in a magazine. There is no way of knowing where your training will take you if you never start it. So stop thinking and start doing, as the saying goes.

2. Motivation is what gets you started. Habit is what keeps you going. – Jim Ryan

Once you have started training and have got over the initial aches and pains, you will find that your fitness improves, as will results if you are in competition. However, after the initial gains, you will quite probably find that progress tails off. It is exactly at this point that you need to keep going. It is natural for a period such as this to occur, where it seems as though you are making no progress. However, if you stop at this point, it is absolutely certain that you won’t make any progress and will, in fact, go into reverse. So, as the quote says, make a habit of your training schedule, even on those days that you really don’t want to; the results will be obvious to you later on in your chosen regime.

We all like to dream, whether that is to attain our goal of weight loss, to beat our own personal best, or to win a top competition. As any top athlete will tell you though, absolutely nothing is achieved by day dreaming. Even in a sport such as football, where natural skills can play a significant part, even the very best have to train hard as others will eventually come along and overtake you. A good example of this is Ryan Giggs, the Manchester United player; despite being in his late thirties, well past the best for most top footballers, his dedication and training has enabled him to continue at the top. There is almost no doubt that whilst his natural talent would have taken him near to the top, he would not have been able to maintain his lengthy career without a dedicated practice regime.

4. It’s not who you are that holds you back, it’s who you think you’re not. – Anonymous

However hard we physically train and prepare ourselves, it can be even harder to convince ourselves that we are capable of success. Even top athletes have periods where they doubt their own ability and potential for success. This, rather than fitness, can be one of the biggest barriers to success and can be the difference between first and second place. Whilst it is important to be as fit as we can be, it is important to make sure that we allow time for some positive affirmations as well. Those who strongly believe they will win, very often do.

5. “Ask yourself: ‘can I give more?’ The answer is usually: ‘Yes’.”
– Paul Tergat (Kenyan professional marathoner)

Knowing how much to give each training session can be difficult. Some of this will depend on your level of fitness, but even those at the top allow some days where they take it a little easier to recover. This is a completely sensible approach; however, the mind is very good at fooling us into thinking that it is then ok to do this at each and every training session. If we allow this thought to take us over then we will never push our bodies hard enough to force improvements. The saying ‘no pain, no gain’ does ring true at times and we have to be prepared to push ourselves just that little bit harder, and then push just a little bit more. By breaking through our limitations we will make great strides in our fitness.

Having argued in the previous quotes for harder work, with more effort and dedication, it is also important to recognise that the human body is not a machine, but, like a machine it can occasionally break down. We need to be aware of this and allow our bodies time to recover. This especially applies if we have been ill with a cold or a virus. These will take their toll on our bodies and so we should allow our regime to ease a little. It will depend on the illness as to whether a session is missed completely, or whether an easier session is completed instead. Once again though, it is important that we don’t use this as an excuse to ease off completely and once fit again, we should work our way back into the full fitness regime.

The above quote indicates the importance of technique. This can often be forgotten in the battle to push harder physically. Technique, though, can help us to be more efficient. Swimming is a good example of this. Anyone can use a lot of energy thrashing about in a swimming pool but getting nowhere, where as someone with an efficient swimming stroke will glide through the water with the greatest of ease. This can even apply to running; getting the technique correct will not only enable you to run faster and more efficiently, but will also help you to avoid those injuries which can plague an athlete throughout their career. It is advisable, therefore, to dedicate a portion of your training time to perfecting the relevant techniques for your chosen activity.

Don’t be a quitter. It can be tempting to think that you have no chance to win a competition and therefore choose not to compete, or to set yourself a target that is very difficult to achieve. This is a big mistake that many make. It may well be true that you won’t win, but competing with those better than you will give you a great opportunity to gauge your progress and will also motivate you to train harder for the event. There is little point in attaining a level of fitness that will enable you to win easier races or achieve easier goals, and then just settle for that. Competing at a higher level will enable you to fight even harder and help you to achieve your maximum potential.

9. “The will to win means nothing without the will to prepare.” – Juma Ikangaa (1989 NYC Marathon winner)

Preparation is extremely important in all sorts of ways. Even making sure that you have the right equipment and clothing will help to put you into the right frame of mind. If you have running shoes which make your feet sore each time, you are much less likely to want to go out on a training run, for example. Mental preparation too is critical and can make a big difference to the results. One of the most important forms of preparation though is to warm up the muscles and stretch. Doing this will not only make the exercise much easier but will help a great deal in avoiding the injuries which many people suffer simply because they did not warm up before commencing their more intensive training.

10. Don’t be afraid to fail. Don’t waste energy trying to cover up failure. Learn from your failures and go on to the next challenge. It’s OK to fail. If you’re not failing, you’re not growing. – H. Stanley Judd

Perhaps the one thing that most of us don’t want to admit, but know is inevitable at some point, is failure. Whilst we work and train hard for our successes, sometimes we will come up against others that are simply better than us. Even if we are training to improve our own fitness or to lose weight, there may be days when we avoid training just because we can. When we do this, it is critical that we do not think of ourselves as failures, but admit that we have failed on this particular occasion, accept it gracefully, and move on to our next session with a renewed energy and enthusiasm. It should, of course, be noted that these motivational quotes alone will not bring you success. Whilst reading the quotes can be fun, and inspiring, it is the hard work, sweat and pain that will bring the best results. Hopefully these quotes will help to motivate you to break through your own personal barriers and achieve your aims, whether personal or competitive. 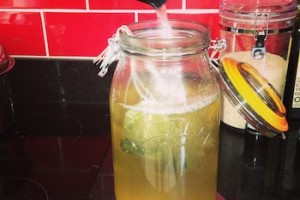 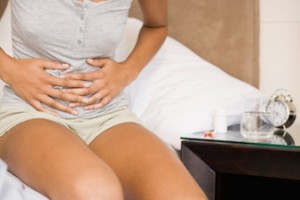 7 Tips For An Ultra Healthy Gut 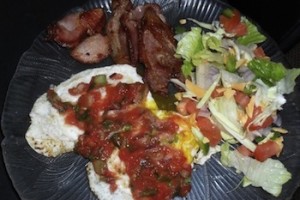 10 Healthy Ways To Lose Weight With A Slow Metabolism 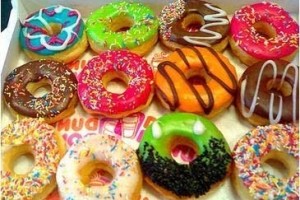 10 Foods to Avoid If You Have Fungal & Yeast Problems