Mucus as most people are unaware is actually found everywhere in the human body. It’s a viscid watery substance, slippery to feel and is present because it has an important function to perform.

It’s produced by the mucous membranes and helps to protect the membranes in the body, and fight infections. As with most things, too much of a good thing can become a bad thing, and it is no different with mucus.

When the body starts to produce too much mucus, it accumulates in the lungs among other areas, and the problems begin.

Coughing, breathing trouble, chest pain, discomfort in the chest area, and fatigue are some of the symptoms that characterise the build-up of mucus in the lungs.

This build-up is often an early warning that something is wrong in the body and it is best that a health care provider is consulted without delay.

A quick overview of what causes the build-up of mucus in the lungs before proceeding to tips to reduce the build-up:

A hereditary disease, caused mainly due to a genetic defect that interferes with the natural production of mucus in the body. The mucus becomes abnormally thick and sticky and patients are often prone to various respiratory infections, lung problems and growths in the nasal passage.

The perspiration of patients with cystic fibrosis is very salty due to an imbalance in salt and water in the body.

Smoking is most often the primary cause for chronic bronchitis; in fact it is often referred to being a smoker’s disease. Present in the lungs are bronchial tubes which are useful in transporting air into and out of the lungs.

With bronchitis, the tubes become inflamed and there is a build-up of mucus that needs constant clearing. Other symptoms of bronchitis include wheezing, fatigue, shortness of breath and a cough that simply will not go away. This disease is referred to as COPD or chronic obstructive pulmonary disease.

A cough that produces mucus that is yellow or green in colour and possibly spotted with blood, it is generally the most common symptom of pneumonia. It is a disease of the lungs that becomes inflamed due to a fungal, viral or bacterial infection.

Other symptoms of the disease include fever, chills, breathing difficulty, headache, fatigue and confusion. Pneumonia can be a fatal disease if not checked in time.

There are small air sacs called alveoli in the lungs; it is here that the lifesaving exchange of oxygen and carbon dioxide occurs. When the sac walls lose their elasticity, they become inflamed and lead to emphysema. Instead of the free flow of oxygen in the lungs, it gets trapped.

Emphysema is characterised by a build-up of mucus causing a chronic cough, respiratory infection, loss of appetite and fatigue. Emphysema is classified as COPD or chronic obstructive pulmonary disease caused mainly due to smoking.

12 Tips to Reduce Mucus Build-up in the Lungs:

93% of all Chronic Sinusitis and Mucus is due to an immune/allergic reaction to fungi, mold, yeast or Candida. I highly recommend you check out Yeast No More, a great eBook on how to reduce and even cure your Candida/Yeast and get rid of that mucus!

Most often inflammation in the lungs leads to excessive mucus production. According to research done by the University of Maryland Medical Center (UMMC), a regular intake of anti-inflammatory oils can help to reduce the build-up of mucus.

Omega-3 fatty acids that come from these foods is specifically linked to reducing inflammation, which in turn can reduce the mucus build-up in the lungs. The oil is found in a variety of foods including several cold water fish such as mackerel, tuna, salmon, lake trout and sardines; walnuts, flaxseed, flaxseed oil and walnut oil.

Herbs are known for their antibiotic and other health benefits. Herbs such as Echinacea and Goldenseal can be used to treat infections causing the production of mucus.

. After couple of drops I could immediately feel my lungs releasing and mucus clearing out.

Herbal remedies combined with some exercise and fresh air can considerably help in reducing the build-up of mucus by detoxifying your body, bringing a balance to the flora in the intestines. This helps to boost the immune system and promote improvement in health.

Eucalyptus essential oil added to the steaming water is additionally beneficial in cutting the mucus. Cover well to control the steam from escaping, leaving over the inhaling device and take deep breaths. Special steam inhalation devices are available on the market.

Cover up well after an inhalation session to avoid the mucus from building up again.

It is possible to naturally cut the build-up of mucus by drinking lots of water. Water is known to flush the system and clear toxins. At times the build-up of toxins in the body can cause the infection to worsen, producing excess mucus.

Sometimes, coughing without straining and then drinking water stops the mucus from building up. Staying well hydrated helps to thin out the mucus and expels it as well.

Smokers with mucus problems need to stop smoking, there is simply no other way to clear the mucus and stop the infection. If not a smoker then avoiding smoke laden areas is essential to prevent mucus from building up.

Smoke inhalation and nicotine are notorious for causing production of mucus; it is also the primary cause of bronchitis and emphysema. A “no smoking” policy combined with exercise will help to reduce the mucus build-up in the lungs considerably.

A mixture of dried elder flowers with cool water is said to reduce the production of mucus. It is recommended by alternative medicine practitioners and appears to work well for some people.

The mixture needs to be left to sit for a period of two hours and then heated to drinkable temperature prior to consumption. This practice should be followed at least thrice daily to reduce mucus.

Elderflower is safe to consume and has no side effects.

Helpful bacteria are referred to as probiotics and are found in certain fermented foods and cultured dairy products. The purpose of helpful bacteria is to protect the body from harmful bacteria and to enhance digestion.

According to an article in the Journal of Dairy Science, probiotics in conjunction with other therapy can help to reduce mucus levels in the intestines. The same principle of healthy bacteria promoting optimum health can be extended to help reduce the mucus build-up in the lungs.

This can be achieved by consuming various probiotic fortified foods regularly. These foods include fermented milk, fermented soy products, buttermilk, and certain beverages like kombucha. In order to boost the defence mechanisms of the body, it requires antioxidants such as vitamin C and beta-carotene. Fresh vegetables and fruits are excellent sources of these vital antioxidants.

The antioxidants work had to promote healing and prevent infection related to mucus production and build-up.

It is recommended that people with mucus problems limit their intake or avoid altogether cabbages, bananas and potatoes, which are believed to increase the production of mucus.

Other treatments include: Non-steroidal anti-inflammatory drugs to reduce declines in lung function that results in mucus build-up; Bronchodilators that help to widen breathing tubes; Decongestants that help in reducing membrane swelling; Mucolytics to thin out the mucus; antibiotics to cure lung infections and stop the production of mucus. The diet consumed determines the health condition of the individual. There are foods that cause allergies and increase the production of mucus. A diet low in nutrients, rich in processed foods and unhealthy fats often leads to food allergies. A change in dietary habits will lead to reduced mucus production.

Soy is naturally rich in protein. It is a legume and belongs to the Asian variety of vegetarian foods. Soy beans, soy milk, soy yoghurt and soy cheese provide calcium and do not cause mucus to build-up. It is considered the ideal alternative to regular dairy products such as milk that tends to thicken the mucus.

Mucus or phlegm is bothersome and often leads to constant coughing and throat clearing that can actually be quite embarrassing. For some people, fortunately the problem is only temporary, for others it leads to more serious infections and health problems. 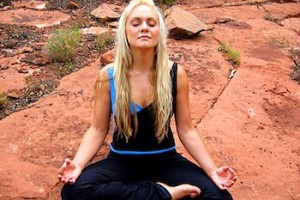 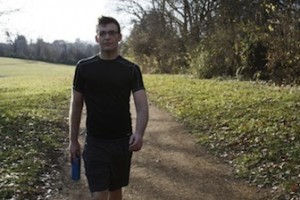 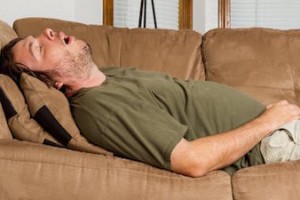 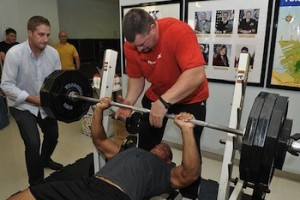 10 Quotes To Keep You Motivated When Training 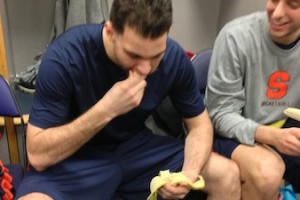