The goal of Elliot Hulse, founder of Strength Camp is fairly simple – share powerful ideas that help us all to become stronger physically, mentally and spiritually. This became blatantly obvious the very first time I watched one of his videos…

Elliott is a first generation American whose family came from Belize and brought him up on whole, raw foods with an emphasis on spending a lot of time outdoors remaining physically active.

He was introduced to fitness at a young age by his uncle who was a stud athlete and total alpha male;

“He was a gymnast, a marathon runner and a bodybuilder who would chop bricks with his bare hands and do standing backflips right in front of me when I was 3 years old.”

He started teaching Elliott and his brothers how to train when they were very young, so by the time kindergarden rolled around, he was already doing more pushups and sit-ups then most teens are doing today.

Basically this mindset of fitness and strength stuck with him throughout his school years, where he eventually earned a scholarship to play college football. Within the first year on the team, he was training the other athletes with barbells in his parents basement, which helped him realized he liked coaching and led him to study exercise physiology, strength and conditioning in college to become a coach.

Fast forward a few years after graduation and he’s a successful personal trainer with his own gym in Florida, training athletes and playing around with a new technology called “YouTube.” He started recording the workouts with his athletes so their parents could watch and spread the word by bragging about their sons getting stronger.

To his amazement, he quickly found himself taking questions from people all over the world.

Elliott makes it clear that he’s not here to please everyone, in fact, he has a habit of saying things that piss a lot people off; But it’s all done in the spirit of a stern and loving coach.

I love the fact that he takes a holistic approach to health, strength and happiness. That said, here’s a great video that really opened my eyes to the power of a daily grounding and stretching routine. And here’s another on the influence feet have on the entire body  – especially when when lifting.

Elliott believes that because we live in such a neurotic world our nervous systems are damaged and this affects our health on many levels. He points out that you know this is true when you look at all the physical pain that people regularly deal withÂ because of the mental, phycological and psycho-emotional challenges that they’re going through.

The physical body is not separated from the mind. We tend to think of the brain as solely residing in the skull, but that’s just one part of the brain and Elliott refers to this as the flower of humanity.

He refers to the neocortex as the evolution of the earth flowering and moving up out of the roots into this “amazing technology” aka conscious human beings… But at the same time, just like any other flower, if it’s unrooted it will die.

Many of us have become so detached from our bodies, because of identifying too much with the “flower” and not identifying enough with what’s inside, becoming ungrounded. Because of this, we no longer trust our intuition, our guts or follow our heart.

When this happens, the muscular system starts to act somewhat like a prison that shackles down and causes disbelief in the intelligence of our heart and our gut which makes the experience of true living not available to us.

His invitation is to use forms of meditation that not only calm the mind down, but also bring your body back into accordance with the balanced emotional state of the human being. The most obvious exercise modalities that allow this to happen are chi-gong or yoga which are ancient forms of mind-body meditation.

“These allow the muscular system to soften enough for the autonomic nervous system, which are the roots of our consciousness, to gain the nourishment that should already be available to the human being. This allows the head brain to truly be all that it can be rather that being the enemy to our body.”

Once this is established, I invite you to explore bioenergetics, which are a way of reducing muscular tension in the body through cathartic type exercises. There’s body meditation and mind-centered meditation and a combination of the two is what Elliott and myself have found to be most resourceful. If you want to reach your full human potential and become the type of person that looks great, feels amazing and is respected and admired by your friends, family and strangers, than you’re definitely in the right place.

Elliott doesn’t just talk the talk, he walks the walk every single day. As the father of four children, husband to his high school sweetheart, strength coach, pro-strongman, author, producer and successful business owner, his track record for helping people become the strongest version of themselves is second to none.

It’s more important for Elliott Hulse to support you and build a community, than to have a ton of pictures of himself flexing in the mirror or acting like a meat-head tough guy full of ego and vanity.

We’re all on a mission!

Elliott Hulse emphasizes that it’s important for everyone in our community to work tirelessly spreading the message of REAL strength and becoming stronger people to create a stronger, healthier world!

“Its about having more vitality, rugged health, a strong sex drive, better relationships, more abundance, and of course an awesome attractive body!”

7 Quick Takeaways From This Episode

“Follow your bliss. Allow the river of life to carry you, but carry you in such a way that it’s a peaceful journey, one that doesn’t afford too much resistance in the way of fighting against the current. Have full trust in your canoe and enjoy the ride – you’re going to be healthy.” 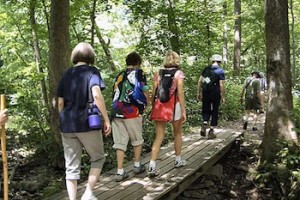 7 Positive Effects Walking Has on Your Health 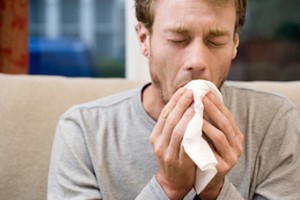 Get Rid Of Mucus Quickly And Naturally 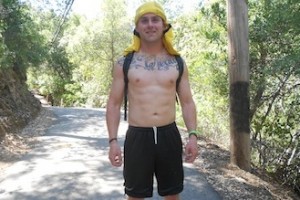 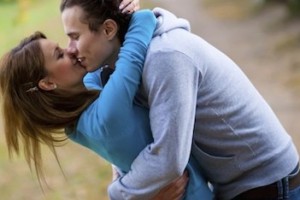 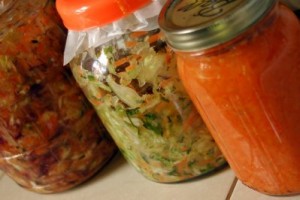 17 Tips On How to Heal Leaky Gut