Coeliac disease is a digestive condition caused by a reaction to gluten which is found in wheat, barley and rye. This can lead to malnutrition and severe cases of diarrhea which ultimately causes dehydration.

In children, the symptoms are lack of growth and diarrhea and in adults, weight loss and diarrhea are common signs of the condition. Vomiting is a classic sign and mouth ulcers are common.

If not diagnosed, coeliac disease can cause infertility and osteoporosis. The condition is not gender specific and affects 1 in 100 people. Gluten is in the everyday products we eat and buy and comes in many different forms and names.

Foods You Shouldn’t Eat If You Are Gluten Intolerant

Coeliac disease sufferers must have a gluten-free diet, therefore many foods should be avoided to prevent illness.

Bread contains wheat, which contains gluten, therefore bread must not be eaten.

The gluten wheat in bread is what enables the dough to be elastic and is an essential base to bread. As bread is a staple in most people’s diets, it was once very difficult for a coeliac to find an alternative.

Gluten intolerance sufferers will become poorly very quickly if bread is eaten and children can become dehydrated very quickly which can cause fever and severe diarrhea. Today’s medical advances in the disease have brought an alternative in the form of gluten-free bread.

Gluten-free bread contains rice or almond flour which does not contain gluten. Some gluten-free breads contain cornflour which is also free of gluten. The bread is much lighter and is a popular alternative for many people who have not tested positive for gluten intolerance.

It is considered a much healthier alternative to standard bread. It must also be noted that anything coated in breadcrumbs should be avoided and this is particularly important when eating in restaurants, where cross contamination of foods particularly breadcrumbs can easily happen.

Pasta is popular with children and many pastas both fresh or processed, contain wheat and must be avoided for coeliac Pasta covers a wide area of food such as gnocchi and couscous and should be avoided. All pastas contain Durhum wheat and this must be avoided in a gluten-free diet.

There are alternatives widely available for both pasta and rice which are clearly labelled gluten-free and these foods can be found in the same area as regular pasta.

Alternatively, health food shops will carry gluten-free pasta. Rice is an alternative to pasta, which is gluten-free and fresh vegetables can be added to rice dishes to offer a wholesome, healthy, gluten-free meal.

Many soups contain bouillon and bouillon contains wheat. Canned soups are one of the worst offenders and while the claims are soups are healthy and a vital part of a healthy diet, the hidden ingredients such as wheat based thickening agents are the ones which are not always displayed on labels.

Modified food starch contains gluten and is used in canned soups. Therefore, it is prudent to avoid all canned soups and make homemade soups and use cornflour as a thickening agent.

Processed gravies and other stocks and sauces should be avoided as modified starches are contained in these products. The alternatives available are plenty but to be absolutely sure you’re not at risk of an attack, stick to homemade sauces and ensure you follow the dietician’s advice.

Many breakfast cereals contain wheat and other modified starches.

It is vital for coeliac disease sufferers to check the packets thoroughly. There are many names which need to be recognized and breakfast cereals can contain ingredients such as malt, barley and bran which can often be found in cereals. This covers most cereals that are on the market.

Again, there are many alternatives and rice based cereals are the best option for gluten-free diets.

There are ranges of gluten-free cakes available from supermarkets, health food shops and online. Equally, the best alternative would be to stick to homemade recipes where you know exactly the ingredients that are being used.

French fries in particular cooked in some oils must be avoided. Oils such as vegetable based oils and many brands of french fries have coatings on which could contain gluten from starch-based ingredients.

With many brands, there is a risk of cross contamination and it is wise to avoid any product unless it is specifically labelled, gluten-free. Potatoes, do not contain any gluten alone, it is the chipping of potatoes, the coatings and the oil they are fried in which contain gluten.

French fries are a common offender as gluten is added to the fries. French fries should be avoided to prevent illness. Crisp packets should also be subject to rigorous checking of ingredients as many oils, salts and other additives could have been added.

While pure meat contains no gluten or gluten-based products, there are certain meats with coatings and added ingredients. Sausages are a meat based product which contain many additives which could contain starches.

Some supermarket meats have been injected with colorings to keep the bright red appearance and these colorings could contain modified starches. Gluten-free sausages are widely available and anything which states it is gluten-free must adhere to strict guidelines.

Hot-dogs from tins must be avoided as again, the modified starches which are used for preservation, contain gluten. Other processed meats such as burgers and meatballs should be avoided or making your own is an alternative way to enjoy these products.

Other areas of food, such as ice-cream, can contain hidden modified starches. Make your own ice-cream and there are recipes out there which are gluten-free. Avoid all products which contain Durhum flour as this contains wheat, semolina is another product which contains wheat.

Go for buckwheat or kasha which are both wheat-free products. Ingredients such as arrowroot, flax, corn and tapioca are all wheat free and safe to eat.

Once you get to recognize alternative names for wheat, you will begin to form a healthy, gluten-free diet which will not cure coeliac disease, but it will prevent attacks and bouts of illness.

The only way to treat coeliac disease is by eating a gluten-free diet, there is no cure for the condition, but it can be managed with some careful planning. Most processed foods will contain gluten in some way and should be checked thoroughly for ingredients or avoided completely.

Much more is known about coeliac disease over the last 20 years and food companies have started a revolution in the production of gluten-free foods. Gluten-free recipe books are available to buy and research is available online.

A gluten-free diet is not too difficult to stick to, with the range of foods available.

Foods to Avoid if You Have a Yeast Infection
8 Foods That Reduce Mucus, Phlegm and Snot 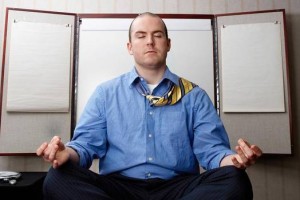 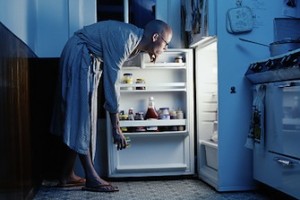 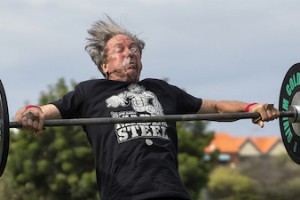 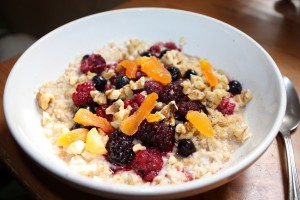 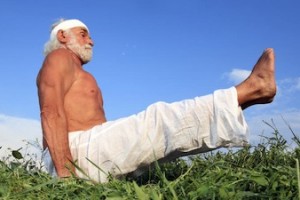