to be some of the most effective out there. Mucus Clear is said to work wonders for respiratory health.

Native Remedies better hope so, because they make some very bold claims:

What Does Mucus Clear Do?

Mucus Clear is a non-addictive, FDA-registered, safe, and 100% natural remedy with homeopathic ingredients combined with the goal of reducing phlegm and reducing congestion in the throat.

Mucus Clear can safely clear out stubborn mucus and phlegm in the throat, and it does it all without any harmful side effects. Conventional medications with artificial ingredients can be unproven or dangerous. This is a safe and natural remedy.

This natural supplement has a variety of homeopathic ingredients proven to address the irritating discomfort caused by excess mucus in the throat and bronchial passageway, as well as reduce the need to keep clearing your throat.

Mucus Clear is taken internally, and it comes in a concentrated, convenient tincture formula. It’s really easy to ingest, and it is hassle-free to use. It doesn’t have any preservatives or artificial colors, either.

How Do You Take Mucus Clear?

In order to take it, just turn the bottle upside dose and shoot ten drops right into your mouth. Or, you can dilute ten drops in about a quarter cup of water and then sip it down slowly.

Children under 12 years old should just five drops. Dosage should be repeated three to fives daily, if necessary, until the symptoms go away.

What Do Customers Say?

One customer said, “Great for me”. He said that he had already written a review after he purchased his first bottle, and that he

was on his third one at the time of writing his current review.

He just gushed about how the mucus clear had cleared out the stubborn mucus in his daughter’s sinuses, mucus that was still behind weeks after a cold had gone away. He said that it finally got rid of the mucus. He also said that it had virtually no taste, so it was pleasant to take.

Another customer said it was a “very satisfactory product”. He described his background as a professional singer and how he had to struggle with the frequent clearing of his throat throughout the year. He said that that the phlegm was so bad at times that it was difficult for him to sing at all. The singer was singing a new tune when he noticed that he didn’t have to clear his throat, just four days after taking the product.

On the Native Remedies website, out of 25 reviews, the product has a 4/5 star rating.

One customer recently posted a review that was titled, “Mucus-Clear

really works”. He wrote that he had serious problems with mucus accumulation for several years. He had been frustrated and irritated with the mucus in his sinuses and with his post-nasal drip.

This customer had tried all sorts of over-the-counter remedies and allergy/cold products, and none of them had had much of an effect on him. He said he finally came across Mucus-Clear, and after a couple of weeks, he was able to stop using multiple tissues each day and even stop coughing to clear his throat.

This customer said that his sleep also improved because his sinuses hardly ever blocked anymore. The customer did add the caveat that his problems didn’t disappear completely, even with the regular use of the product. He said that h

What you’ll discover is that Native Remedies has happy customers. Glowing five-star reviews are common. Their products are targeted toward specific conditions – and they really work! Plus, the prices are within reach of the majority of consumers. You’ll certainly pay less than you would going to a doctor.

Clear That Mucus Out!

There’s no reason why you should have to live with mucus. It is unpleasant, frustrating, irritating, and dangerous. Get Mucus-Clear

today and lose sight of that mucus forever.

Also be sure to check out my 12 tips for reducing mucus buildup here. 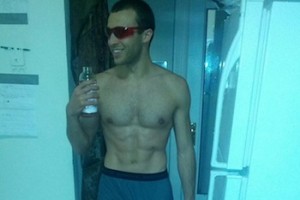 Joe Cohen Interview, How To Be Superhuman 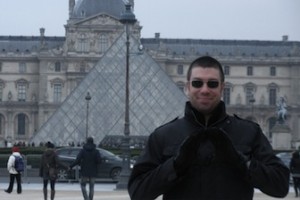 JP Fanton – Being The Healthy Fellow 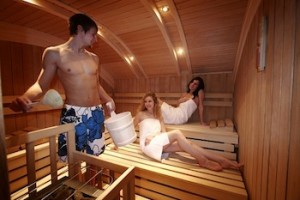 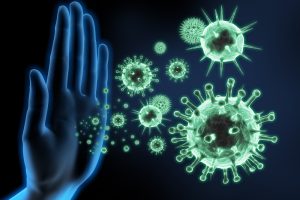